Kick Start 2020 finalist Taj Pabari discovered he had a bent for business when he successfully monetised a blog he’d created to share his passion for technology at the tender age of 11. A decade on, he’s helping tackle youth unemployment in Australia  by teaching under-21s how to take control of their lives by setting up their own small businesses. 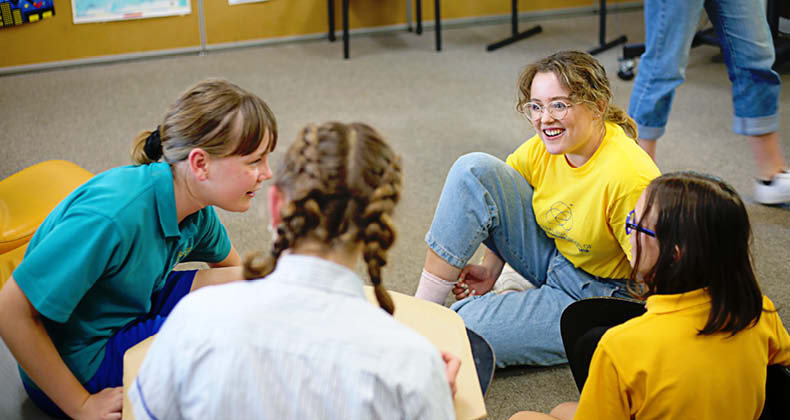 Challenging economic conditions and the shutdown measures put in place to slow the spread of COVID-19 have hit young Australians particularly hard. Many work in frontline roles in the hospitality, entertainment and retail sectors where activity has slowed to a crawl.

Australia’s youth unemployment rate was sitting at a high 12 per cent in 2019, but fast forward a few months and the figure has risen significantly – to 16.3 per cent in July 2020, according to the Australian Bureau of Statistics. Outside capital cities, the picture is even bleaker, with youth unemployment in Australia expected to reach 30 per cent in some regional towns in the coming months.

But Taj Pabari doesn’t believe in talking about problems.

The former Australian Young Innovator of the Year (2014) and Young Australian of the Year for Queensland (2017) would rather do something about them.

His social enterprise, the Australian School of Entrepreneurship (ASE), offers in-person and online workshops and holiday camps to foster entrepreneurship among school students. For school leavers, he’s developed a 16-week self-employment program to teach them how to turn bright ideas into businesses.

Since its inception in June 2019, ASE has partnered with government agencies, the private sector and educational institutions, building a 25-strong team of facilitators and trainers. They’ve connected with more than 70,000 young Australians and hope to reach a further 150,000 by 2023.

According to Pabari, 21 is the perfect age for self-employment education.

“We feel this is the age at which long-term unemployment isn’t set in stone,” Pabari explains. “People are still assessing their options. They might not have worked for a while, or at all, but they still have hope and they’re prepared to give something a red-hot go.”

By providing young people with the skills they need to create their own jobs, Pabari says ASE can offer them a different and brighter future.

“More often than not, participants start a micro-business that generates an income and, once they have that taste of making money, they don’t want to stop,” he says.

That’s proved to be the case for the 12-year-old co-founders of the EPAC, George and Carter, who founded an innovative sustainability pack for tourists after participating in an ASE Program last year. The Noosa-based venture has generated more than $8,000 of pre-orders so far.

Pabari’s passion extends to young people living in regional Australia, where there are fewer job opportunities and greater dangers of falling into long-term welfare dependency.

To help combat the issue, ASE is working with the Queensland Department of Employment to deliver programs in Townsville and, as COVID restrictions continue to ease, he’s keen to team up with other state and federal agencies to take his programs where they’re needed most.

“Young people are dealing with enormous uncertainty at the moment,” Pabari says.

“Opportunities in regional communities have dried up as a result of COVID-19 and there’s no end date in sight. We want to help young people see there’s an opportunity to take matters into their own hands, instead of waiting around for an employer to come along and offer them an hourly rate.”

Those who have a go at running their own show aren’t just helping themselves to avoid the youth unemployment trap; they’re helping the country, too.

“Young people have so much to contribute, not just as amazing employees but as the next generation of small business owners,” Pabari says. “Creating their own work is the sort of micro-change we need to get Australia moving again.”

While he’s helping young Australians kickstart their working lives, Pabari is hoping the St.George Kick Start 2020 Program will give ASE a similar boost. If his business is successful in taking out one of the top two awards , the prize money will go towards establishing an alumni engagement program.

“One of the things we’ve struggled with is the question of ‘What’s next?’ for young Australians after they exit one of our programs,” Pabari says.

“We want to build out a network, with mentoring opportunities and activities, so the entrepreneurial initiative and flair keeps on rolling, and we want that program to be free. It would help us to make sure our programs are creating lasting change that results in genuine long-term benefit for communities, particularly in regional Australia.”

Young Australians are not short on energy and enthusiasm. By encouraging them to start businesses of their own, ASE is helping solve youth unemployment in Australia and building a brighter future for the next generation and the country.

Australian School of Entrepreneurship is a Kick Start 2020 finalist. To learn more about other finalists in this category, visit the St. George Kick Start hub.