St. George Kick Start finalist Joss Kesby has always been excited by renewable energy and the prospect of people producing their own power, so he invented a way for them to do it. Currently, his small but supremely powerful wind turbines are drawing telecom towers away from diesel, but he plans for them to form an integral part of microgrids for homes and companies alike in the future. 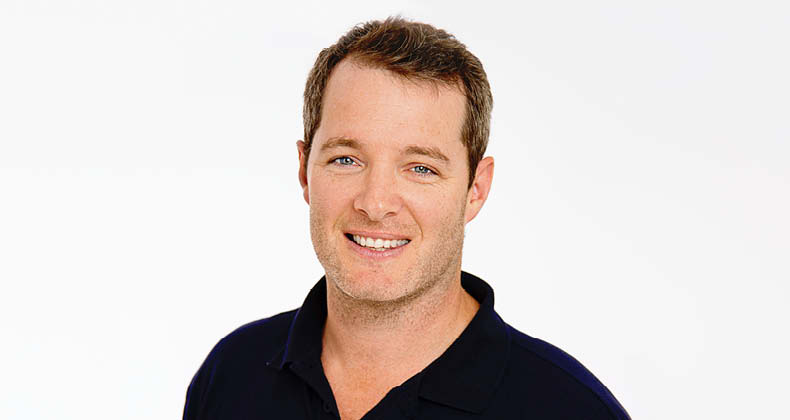 More than anything, the 2019/20 bushfire season highlighted the need for Australia to up its efforts in the pursuit of a greener, healthier future for our planet – including becoming more energy resilient.

The answer, says Joss Kesby, is energy self-sufficiency, with microgrids powered by clean, sustainable energy sources like solar and wind. Having been alarmed by the current pace of climate change and the destruction of our environment, Kesby worries what his children may see over their own lifetimes if we don’t take renewables seriously.

Kesby couldn’t stop thinking about clean power when he was working in Newcastle as a project engineer at a construction company building diesel storage facilities. Six years ago, he decided to take action.

“I just realised there was a better way to do things,” Kesby remembers. “So I pestered the head of mechanical engineering at the University of Newcastle to give me a scholarship to do a PhD in renewable energy with a focus on wind.” From there, his game-changing technology was born.

The result is the Hyland 920. With a diameter of less than a metre, it’s the world’s most powerful small wind turbine, producing up to twice the energy output of other models on the market.

Often up on hills and clear of trees and constructions, telecom towers are perfectly positioned to harness wind power but for decades, these off-grid structures have been powered by diesel generators, though more recently boosted by solar and battery-powered energy.

“The problem is that diesel is a very dirty form of power and it’s very expensive,” says Kesby. “So our wind turbines are a really good fit for that market. We can mount them directly on the tower and they allow the telcos to remove or reduce that diesel requirement.”

“This also boosts business resilience because there’s no need to transport the diesel or maintain generators, which can be especially hard in the event of a bushfire.”

In five or 10 years, Kesby would love to see Diffuse Energy as a global company looking after telecommunications the world over. But he doesn’t plan to stop there. “It’s a very large market, but it’s just a small part of where we see ourselves going.”

Power the future with sustainable energy

Kesby wants to move into markets beyond telecommunications, which winning the St. George Kick Start 2020 program would help accelerate.

First up is off-grid housing. “We’ve had a lot of interest from people who have solar panels and batteries, and during the winter months, they have problems generating enough power,” Kesby says.

Next, Diffuse Energy plans to charge mining operations, rail and road signalling, agriculture and other businesses that depend on remote area power systems.

Getting sustainable energy onto the grid

While off-the-grid scenarios are likely to occupy Diffuse Energy’s short- to medium-term goals, Kesby believes the future will require so much more. “As our already ageing gas and coal-fired power stations become older and less reliable, the cost of energy will go up, so we’ll need microgrids powered by wind and solar distributed throughout the system.”

Solar and wind are complementary, he says. On calm, clear days, solar is gold; on stormy and windy days or at night-time, the turbines kick in.

“We’re not trying to compete with the grid at this stage but in the future we will be. Ultimately we want to help homes and businesses meet all their energy needs,” Kesby says. However, powering entire communities will require larger wind turbines, which Diffuse Energy plans to develop next year.

While the renewable energy sector is gaining traction and enjoying support from the wider community, Kesby believes progress is still thwarted by a lack of policy certainty from government agencies and regulators.

“The federal government is providing a lot of support for gas-fired power stations, which I think is a big mistake. Having that level of help for the renewable energy industry would be fantastic, in my mind. It’s about policy certainty and encouraging investment in the renewable energy transition.”

Eventually, Kesby would like to see future Australians “no longer beholden to utilities and power companies” and becoming energy-efficient while not polluting their environment with emissions.

“There’s something really empowering about being able to create, produce and store your own clean energy for use whenever you need it,” he says. “We can take an active role in that, which is really exciting.”

Diffuse Energy is a Kick Start 2020 finalist. To learn more about other finalists in this category, visit the St. George Kick Start hub.