How Lactamo is using FemTech to address common breastfeeding problems

Etta Watts-Russell, the founder of FemTech start-up Lactamo, shares the inspiration behind her innovative lactation aid and how it aims to give new mothers a more positive breastfeeding experience. 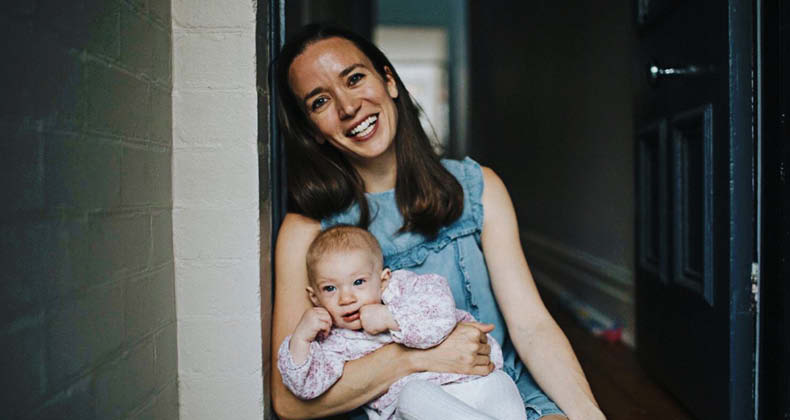 For many new mothers, the reality of breastfeeding their baby – particularly in the early days – isn’t quite what they expected. In fact, with supply issues, breast engorgement, blocked ducts, infection and pain all fairly commonplace, it can feel more like an endurance test.

Born from her own struggles with breastfeeding as a mother of four and the realisation that her experience was by no means an isolated one, Etta Watts-Russell invented Lactamo. A lactation aid specifically designed to address these problems.

“I went into motherhood thinking the birth was going to be the hard part but I found breastfeeding really difficult. I felt like a failure before I’d started my journey properly.”

“The more mothers I spoke to, the more I realised it wasn’t just me – and as those conversations widened I began to see the extent of the problem,” she recalls.

Research unequivocally shows that breast is best for both mother and baby, which is why the World Health Organisation (WHO) recommends that mothers exclusively breastfeed for up to six months.

According to UNICEF, however, no country in the world meets these standards. “It’s just not good enough,” says Watts-Russell.

“In Australia, 96% of mothers initiate breastfeeding yet only 39% of babies are still being exclusively nursed at three months, and by six months this drops to 15%.”

While there are social issues and other factors at play, there is very little to address the physical challenges that women face, she says. “Mastitis alone, which is a debilitating condition, affects 20% of breastfeeding women worldwide.”

The power of three

“Most advice around dealing with lactation problems focusses on using temperature, movement and compression for relief. But I found that there was nothing that really facilitated that advice.”

She saw the potential for a product that combined these three components in one, and after consulting widely with mothers, midwives, lactation consultants and healthcare professionals, produced a simple but effective solution.

Lactamo is a soft sphere the size of a golf ball with hollow surface lumps filled with hot/cold gel. “You can heat it in the microwave or cool it in the freezer and apply it directly to breast tissue to facilitate breast massage.” By combining these three components, Lactamo can be used to stimulate milk supply, help clear blocked ducts, ward off infection and relieve or prevent swelling and pain, essentially addressing all of the common issues.

“New mothers are vulnerable – Lactamo is about giving them a better chance of success in breastfeeding, together with the best experience.”

To date, feedback has been extremely positive. Senior medical professionals have asked, ‘Why isn’t this simple product already available? We see people every day who would benefit from this’.

As well as gaining recognition as a finalist in the St. George Kick Start program, Lactamo has secured a grant from the NSW government and also picked up the Actuator Award at the MedTech’s Got Talent entrepreneurship challenge, which prompted a host of promising conversations.

Watts-Russell believes that having lived experience of the problem she’s solving has really helped Lactamo gain traction in the MedTech space. “My practical and emotional experience has given me an invaluable understanding of the problem and how to approach it.”

Combined with her background in company management, she could not only identify the real need, but also map the commercialisation path and, finally, outsource the medical and technical side to those with high-level expertise.

The potential of her product for social good on a global scale has also resonated well with people. “In addition to facilitating healthy breastfeeding, Lactamo is reusable and has an incredibly low unit cost, which makes it accessible to both developed and developing countries.”

It’s largely as a result of this intention that her start-up also secured philanthropic funding for a useability study, which will be conducted among new mothers in a hospital setting and authored by a leading midwifery academic.

“It’s been really heart-warming to see people show participation in that way, and to get support from those who recognise the potential of your product and are prepared to help you achieve it,” Watts-Russell says.

Having secured IP rights and vetted manufacturers, Watts-Russell is gearing up to launch her FemTech innovation with two routes to market: bulk sales to hospitals and a more premium-packaged version for direct customer sales. “The aim is to get in to mothers during that critical window when new mothers are establishing their milk supply as that’s when a lot of the problems occur and when the milk supply is establishing.”

There’s already been strong interest from a major international healthcare provider as well as the offer of a partnership with the Australian Breastfeeding Association. “We want to help women feel confident using it.”

Before launch, she hopes to use initial feedback from the hospital trials to make any final design tweaks. “The research is already there but understanding and finessing those nuances from a user perspective can be really important – I don’t want to take any U-turns down the track.”

For Watts-Russell, future aspirations include helping other women in the FemTech space. “It’s such an exciting area and I’d love to support women on the same kind of journey.”

Lactamo is a Kick Start 2020 finalist. To learn more about other finalists in this category, visit the St. George Kick Start hub.