A break in the weather for Australian farm insurance

Motivated by the struggles of his father to get the right insurance for his wheat and sheep farm, Kick Start 2020 finalist Dale Schilling created Hillridge Technology. The online platform offers parametric insurance – based on metrics such as temperature or rainfall – to farmers, who can generate quotes in real time. 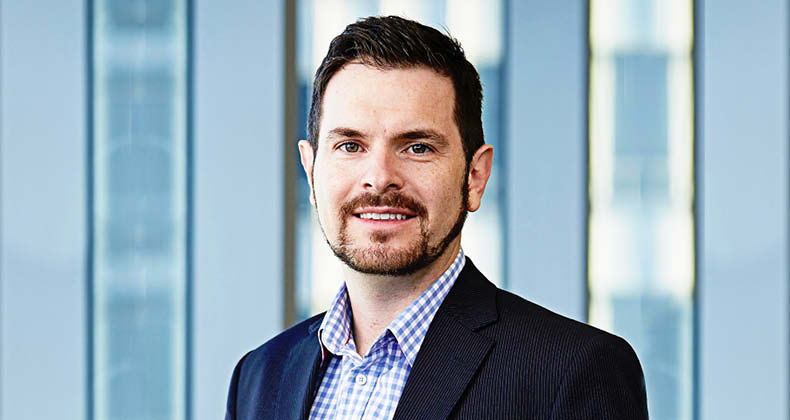 Born into an agricultural family, Dale Schilling understands farmers. Unique in their working relationship with nature, a farmer’s success or failure is largely reliant on an element they can’t control.

“For farmers, business is guided by the weather, and they can’t do anything about it,” he says.

Schilling’s childhood, spent in and around his family’s farms, gave him a deep understanding of the struggles farmers face from extreme weather conditions.

“It really stuck with me.”

A game changer for farm insurance

Schilling transitioned into natural resource development and operations management, where he learned how that sector plans for a rainy day.

“The resources industry manages the risks associated with weather events with weather derivatives determined by dedicated teams,” he says.

“Farmers don’t have the time or resources to dedicate to something like that, and are often too small to warrant the attention of insurance companies. This forces farmers to accept the burden of bad weather. It’s unfair.”

Also known as parametric insurance, it pays based on predetermined calculations attached to adverse weather events themselves rather than any damage caused.

Policy parameters and premiums are determined by data such as rainfall and temperature, gathered from weather stations located around a farm. Hillridge’s algorithms then work out the probability of damaging weather events and provide farmers with a quote in seconds.

“We think it’s a game changer for farmers.”

And that, Schilling says, is the easy part. The challenge has been selling a new concept to the industry.

“For farmers, every season is a gamble, but farm insurance shouldn’t have to be a gamble. Farmers are often left waiting for months between making a claim [itself a painful process] to actually recouping losses,” he says.

“What we’re doing is getting away from the speculative mindset, and making sense of weather risks. It’s a new way of managing risks, but it still protects against losses you can’t afford to take.”

Financial security on a global scale

It’s been a two-year journey to bring Schilling’s vision for Hillridge Technology to life.

“When you offer something that doesn’t exist while simultaneously competing with traditional offerings, it’s a challenge to get the word out,” he says.

What Schilling discovered was that local insurers, while offering insurance against low-probability risks like fire and hail, are hesitant to take on more common risks like drought, which can wipe out an entire portfolio.

Schilling’s pitch to global insurers resulted in a three-way team up between Hillridge Technology, US firm Liberty Specialty Markets and Crop Risk Underwriting.

“They got what we were going for very quickly,” he says.

Help the farmer, help the world

After that, it was a 12-month process to design the technology, develop pricing and determine the look and feel of Hillridge Technology. Interest since the 1 September launch has grown steadily, and Schilling couldn’t be more thrilled.

“Farm insurance is not an impulse purchase, and as farmers look ahead to the next few seasons, they’re considering what we offer and making informed decisions.”

Along the way, Hillridge Technology has become a finalist in the St.George Kick Start 2020 program, a development Schilling says had a “nice synergy” about it.

“St.George has a large agribusiness profile, so for us it’s a natural fit,” he says.

If Hillridge is lucky enough to wind up with one of the top two awards, Schilling says the prize money will go towards the company’s next suite of products, better weather prediction technology and more advanced crop models for predicting yields.

“Australia is a perfect testing ground for this new kind of farm insurance,” he says.

For Schilling, Hillridge remains a personal initiative; he’s poured his own savings into the project because he believes so strongly in the cause.

“In my mind, it’s always been about the farmer, and about helping those farmers – like my dad – to mitigate risks they can’t control,” he says.

“I’m nervous because I’ve put so much of my own time and money into this, and I want to see it work. I think a lot of farmers feel the same, and I’m excited to see where we can take it. Big things are coming.”

The world continues to feel the effects of a changing climate, with catastrophic weather events expected to double or triple in the next 15 to 20 years. Schilling believes it’s the perfect time to launch Hillridge Technology and offer farmers – who have so much to gain and so much to hold onto – a new method of financial stability.

Hillridge Technology is a Kick Start 2020 finalist. To learn more about other finalists in this category, visit the St.George Kick Start hub.